For the second year in succession, the Isuzu D-MAX has been crowned the 'Best Dual-Cab Ute' of the year, after being awarded joint winner of the '2022 Drive Car of the Year – Dual-Cab Ute' award.

This back-to-back victory comes just 18-months since the local Australian debut of the D-MAX in September 2020. In that time, the D-MAX impressed and earned admiration from numerous automotive publications; winning an assortment of 2021 Car of the Year silverware from the likes of Drive, NewsCorp Australia, and The West Australian — all before the D-MAX was awarded top honours again from Drive in 2022. 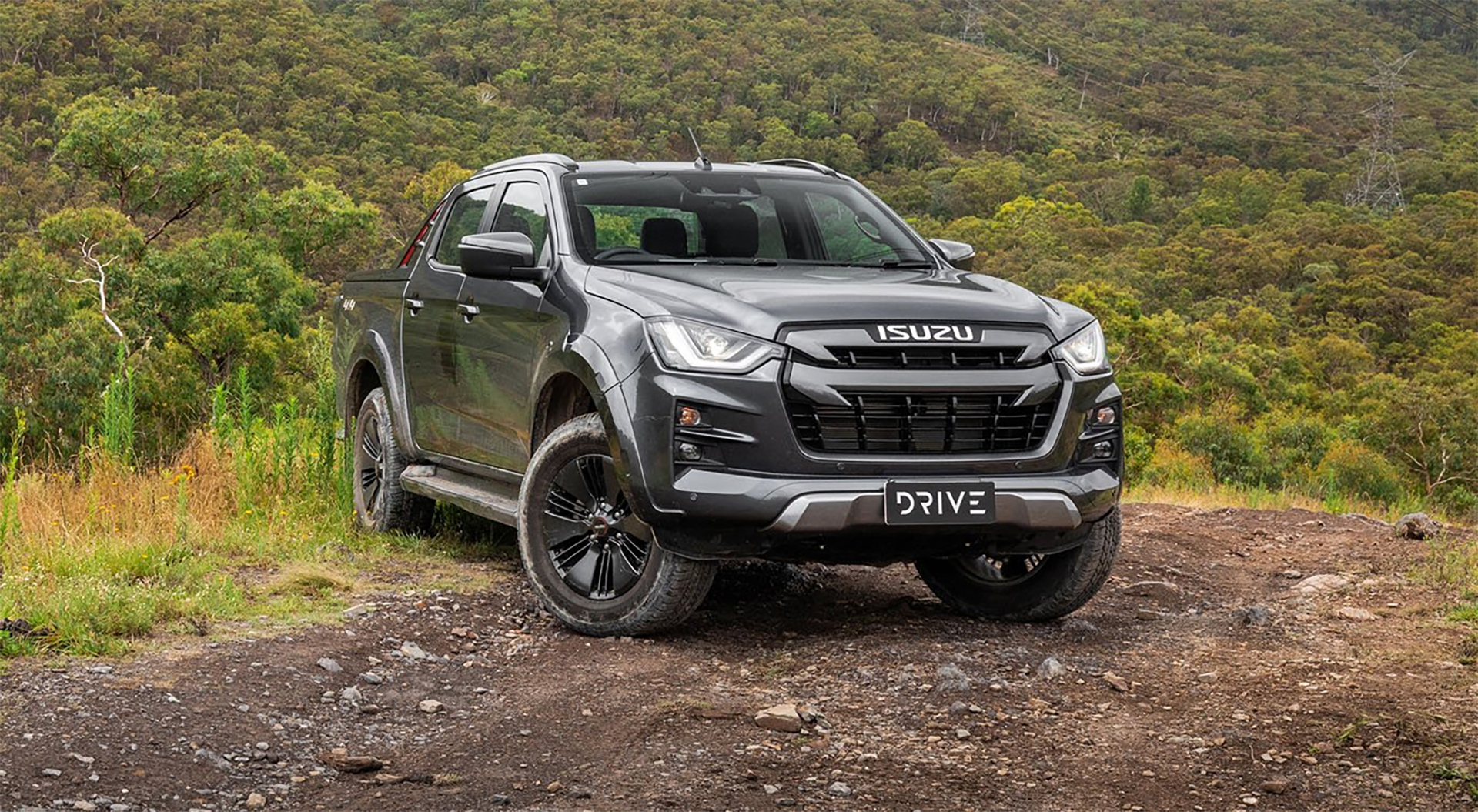 The joint champions were awarded the win for excelling in more key areas across a broader range than all the other dual-cab utes on test and for "their long standard equipment lists and impressive levels of advanced safety," commended Joshua Dowling, Drive National Motoring Editor and Drive Car of the Year Judge.

"No other utes in this segment have as much standard equipment – in their respective price points," continued Dowling.

True to form, the D-MAX launched in 2020 as the first ute to standardise autonomous safety, convenience and connectivity features across the entire range, with all models featuring the same comprehensive suite of equipment as standard.

A few weeks after its debut in September 2020, the D-MAX made history; becoming the first vehicle in Australia to be tested by ANCAP against their toughest testing and rating criteria ever — and achieving the maximum 5 star safety rating across the entire Isuzu D-MAX range, thus setting a new benchmark for the ute segment.

Fast-forward to the present day and the D-MAX is still earning top marks within the industry. 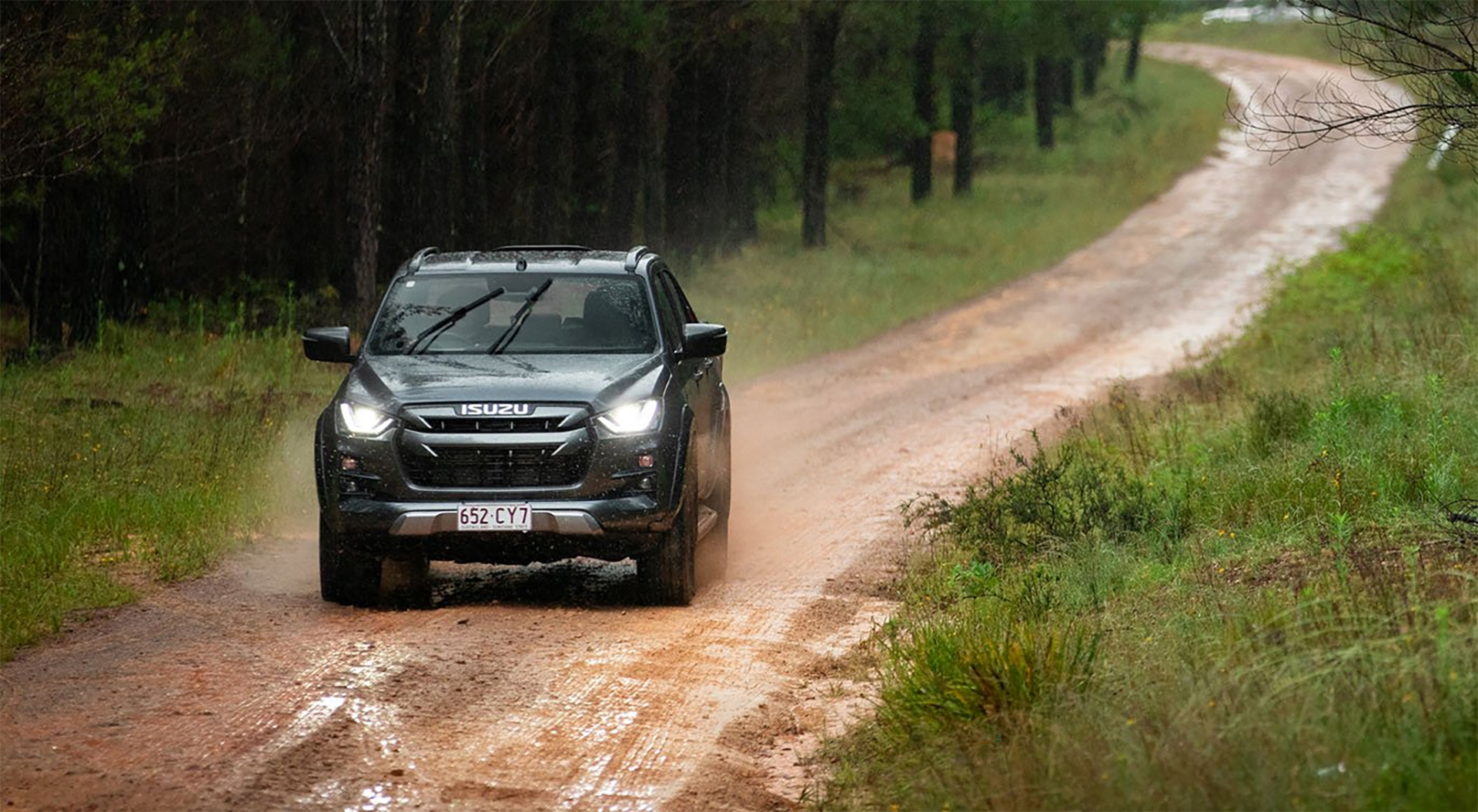 As it chalked up its latest award with Drive, Joshua Dowling remarked that the winners were chosen as they "ticked the most boxes across a broader range of criteria than the top two sellers in the class".

Joining the Judging Panel alongside Joshua Dowling was Drive Managing Editor, Trent Nikolic, who analysed the practicalities and capabilities of these dual-cabs as dual-purpose family vehicles.

"I think that’s really something that’s noteworthy; it’s a safe option for the family. But all in all, this does transition well from on-road to regular off-road driving… it does it really easily and I think the fact that the D-MAX was as good when it was released as it was just over 12 months later, it’s still impressing us in the way that it performs both on-road and off.” Revered as one of Australia's most comprehensive new car award programs, Drive Car of the Year tested close to 80 new vehicles across 22 categories, with a focus on areas that new-car buyers value when making the decision to purchase.

Isuzu UTE Australia Managing Director, Hiroyasu Sato, said of the accolade: "to win the 'Drive Car of the Year – Dual-Cab Ute' award in 2021 was always the goal for our brand, but to win it again in 2022 is a truly humbling honour and a proud moment for everyone involved in its development."

Sharing the same underpinnings as the D-MAX, the new-generation Isuzu MU-X was the runner-up in the '2022 Drive Car of the Year – Best Large Off-Road SUV' category. A "worthy finalist, with plenty to offer buyers," that just pulled up a "fraction short of the winner," reflected Rob Margeit, Drive Features Editor and Drive Car of the Year Judge.

Across the sales charts, the MU-X is a clear winner, and has been since 2013, as it is the best-selling ute-based SUV in Australia since 2013; a staggering eight-consecutive years atop. In 2021, the MU-X charted as the 2nd best-selling large SUV under $70,000, besting over two-dozen direct-SUV-competitors with 10,618 examples sold last year.

Utes continue to chart as the top-selling vehicles in Australia, with the D-MAX being no exception as it ranked within the top-ten vehicles sold each month ten times throughout 2021. So far in 2022, that trend has continued, with the D-MAX charting as Australia's 7th best-selling vehicle of the year so far, with 3,825 examples sold throughout the first two months of the year. Marking a strong start to the year with a second successive Drive Car of the Year – Best Dual-Cab Ute award to its name and a cumulative total of 173,432 D-MAX utes sold locally since the nameplate debuted in 2008, this year is shaping up to be another milestone year.

For more information on the award-winning Isuzu D-MAX, click here.